Check our guests reviews on Tripadvisor & their experience on Instagram

Travel to Croatia by airplanes, trains, boats or cars

There are numerous options on your disposal, if you want to travel to Croatia. You can visit Split, Zagreb, Dubrovnik and other parts of Croatia with the help of Croatia Airlines, Flixbus, HŽ, Jadrolinija or cruise ships, just to name a few.

Basically, whether you prefer airplanes, buses, trains, cars or boats, you have plenty of options. In this article, we will break down different transportation options so you can decide which one is best for you.

TRAVEL TO CROATIA WITH A CAR

Most tourists that come to Croatia, arrive by car. Good news is that our goverment invested in development of modern highways with the help of European Union. Due to this fact, in last couple of years, they built network of highways. All the way from Osijek to Zagreb, towards Split and Dubrovnik as well as across Istria.

However, highway doesn't strech all the way to Dubrovnik. That being said, Pelješac bridge which is currently under construction, will connect Croatian south with the rest of the country. Bridge will pass entirely through Croatian territory and circumventing any border crossings with neighboring Bosnia and Herzegovina at Neum.

That being said, prepare for waiting at the border during summer season, especially at the border with Slovenia. Although Croatia is part of European Union, it isn't part of schengen zone, yet. However, this will change in the near future, according to EU. 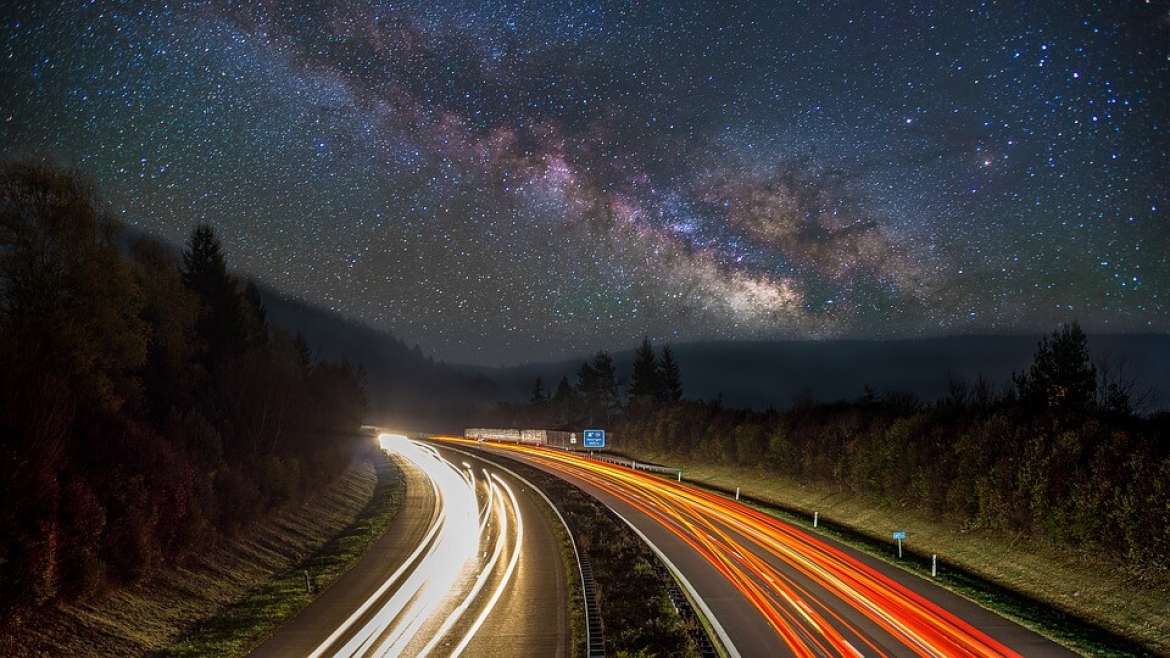 Keep in mind that old road coming from Zagreb, crossing Plitvice Lakes and going towards Dalmatia isn't a bad option during peak summer months, if you are planning to travel to Croatia. Not only that you avoid paying the tolls but you also avoid traffic jam on the highway which isn't rare in peak summer months.

However, watch out for speed cameras on the old road. For this problem, we recommend downloading an app from Google Play or App Store to your smartphone. This can help you avoid paying pesky fines in Croatia.

If you aren't arriving with your own vehicle or don't want to rent a car but you prefer road trip, there are plenty of companies offering bus transportation. Whether you are looking for a bus ticket from European capitals toward Zagreb or from Zagreb to cities located on the Croatian coast such as Rijeka, Zadar, Split or Dubrovnik, you have plenty of options.

Some of the most well know companies offering bus transportation in Croatia are FlixBus, Croatia Bus, Čazmatrans, Promet Makarska and Autotrans. That being said, FlixBus is the leading company on the market, at the moment.

For finding and booking your bus ticket, we recommend checkmybus.hr

You can travel to Croatia by different airlines, especially during summer season. Main and biggest airport in Croatia is the one in Zagreb, named on the first Croatian president Franjo Tuđman. It is the main hub of our national flag-carrier, Croatia Airlines, as well as the busiest international airport in Croatia.

However, Dubrovnik(Čilipi) Airport and especially Kaštela(Resnik) Airport near Split recieve big influx of tourists during summer season since Split and Dubrovnik are top locations to visit in Croatia, during spring and summer months.

Besides these three busiest airports, you also have airports in Osijek, Rijeka, Pula, Zadar, Mali Losinj as well as on Brač island. Also, keep in mind that direct intercontinental flights to and from Croatia are rare or nonexistent.

If you travel from USA, Canada, China, Japan, Australia or some other non-European country, you will first have to reach one of the main European airports and book a flight to Zagreb, Split or Dubrovnik from there.

New terminal, finished in 2019, brought much needed improvement to Split Airport. The kind of airport Split deserves as second largest city in Croatia and metropolis of Dalmatia.

If you want to explore entire Adriatic and visit Italy, Montenegro, Croatia and Slovenia, cruise ship is the best option. Cruise ships departs from Venice and visits all the best places on Adriatic. Since Italian and Croatian coasts are the longest, they make up most of the tour.

When it comes to transportation, there are few ferry companies in Croatia which connect coastal towns with Adriatic islands but the main and biggest one is Jadrolinija. There is also a boat line connecting Split with Ancona, located in Italy, during summer season.

It is worth mentioning fast catamaran line from Split to Dubrovnik which also stops at Hvar and Korčula, operated by Kapetan Luka company, known as Krilo. This is one of the best transportation options, if you are coming from Dubrovnik to Split and vice versa.

However, while this process is being completed, it is not unusual for train to be late or old trains to break down which causes complications in transportation.

Also, railroad network stretches from Zagreb, towards Osijek and Pula but it ends in Split. So, if you want to travel from Split to Makarska or Dubrovnik, you will have to go by boat, car or a bus. 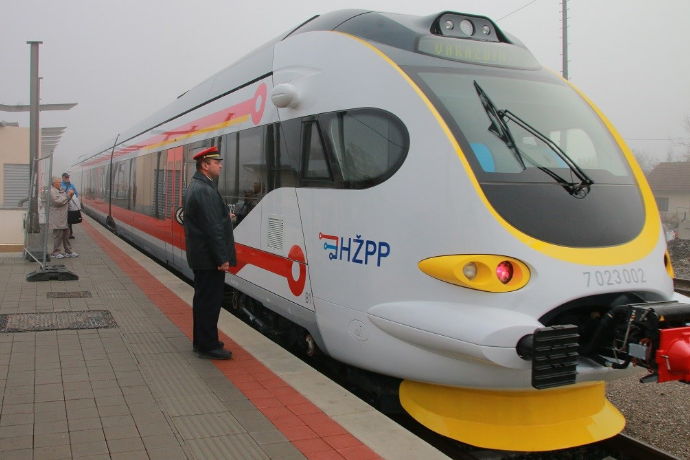 If you're looking how to travel to Croatia and you are arriving by land, we recommend using the highway. If you are visiting Croatia during July or August, consider traveling to the coast via the old road, crossing Plitvice Lakes.

However, it would be best to check traffic report with help of apps and Croatian Auto Club, known as HAK, before deciding which route to go. Also, working SIM card can be of great help. Not only that you can use Google maps and GPS but you can also check for information online or call for help on the road, if needed.

If you're arriving by airplaine, it is best to land in Zagreb, Split or Dubrovnik. Depending which part of the country or which kind of tour, you had in mind. Also, Zagreb, Split and Dubrovnik have plenty of rent a car companies, stationed on the airports and in the city centre.

If you're planning to travel to Croatia and you need help, don't hesitate to contact us via mail, viber or whatsapp.


Enjoyed this page? Want to help us grow or share valuable information with your friends or family?...Prefer to share this page with others by linking to it? Tweet about it, copy and paste URL, add a note of your own into your blog, web page, forums, comment section, your Facebook account or anywhere where someone would find this information helpful. Or just share the link on WhatsApp, Viber, Messenger... 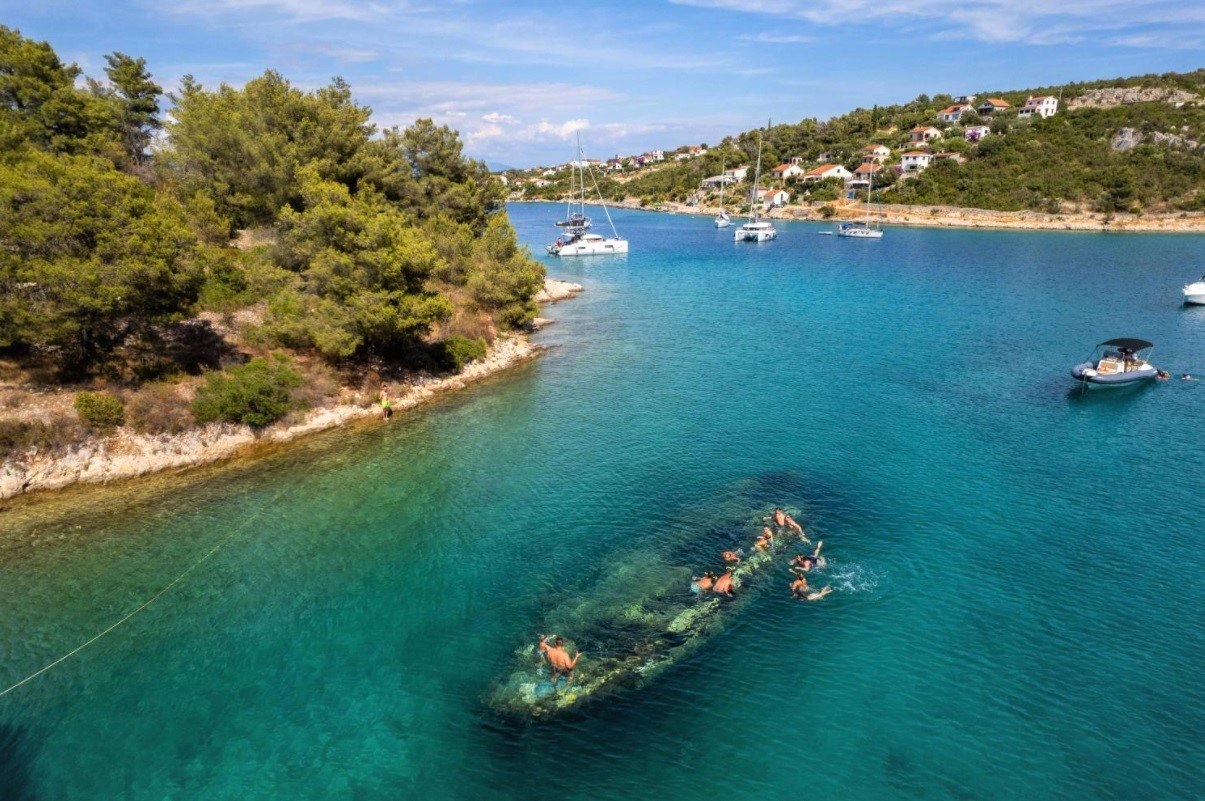 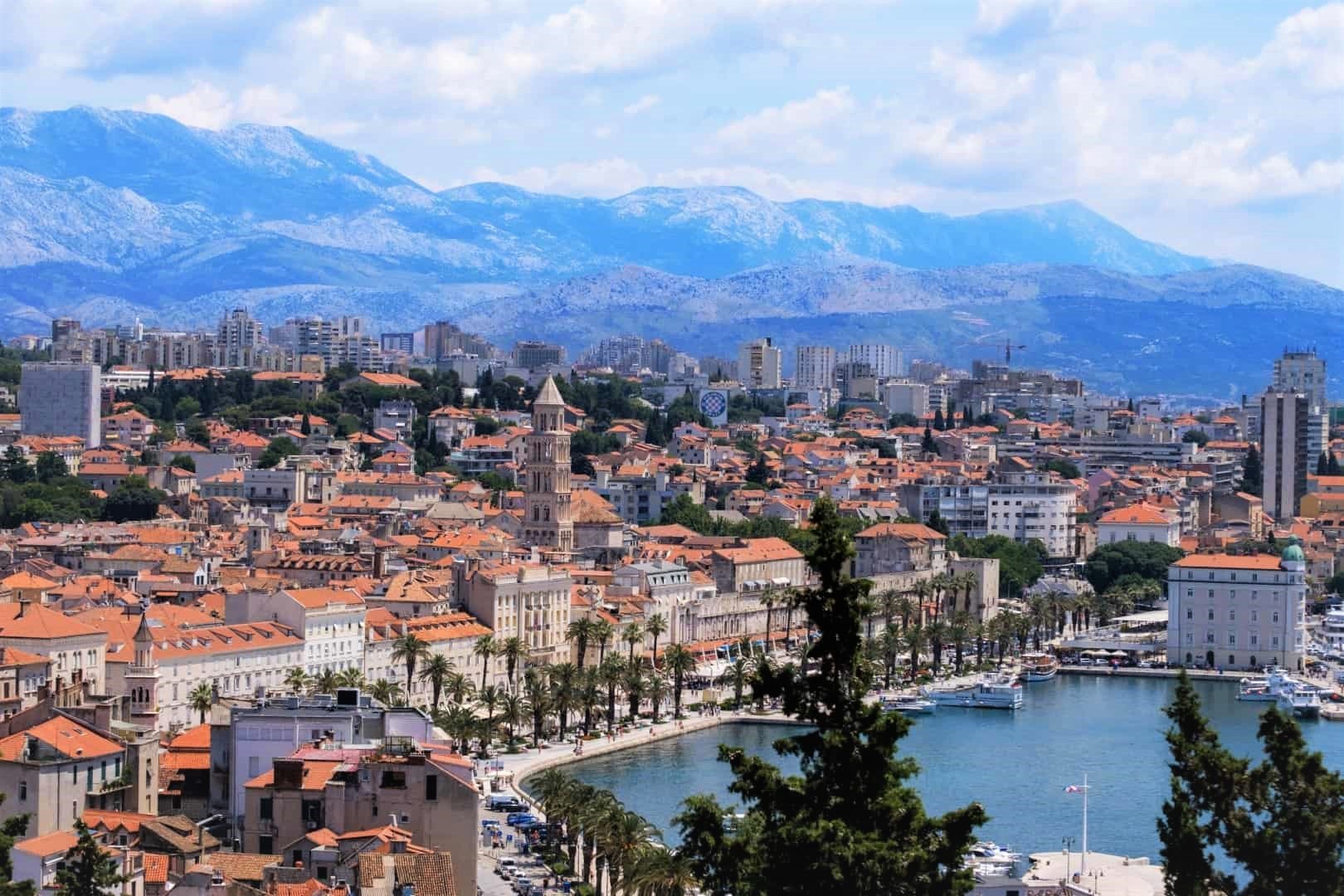 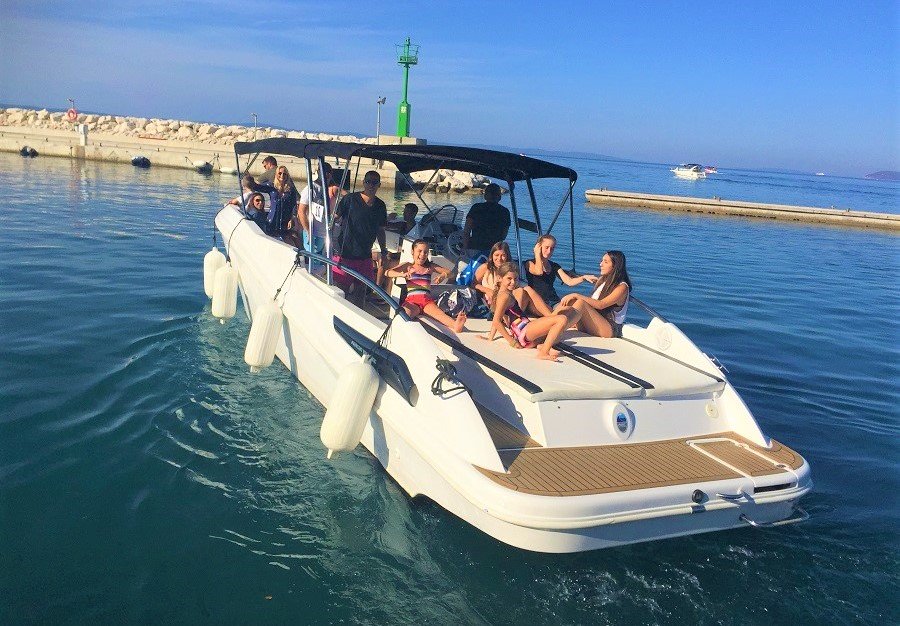 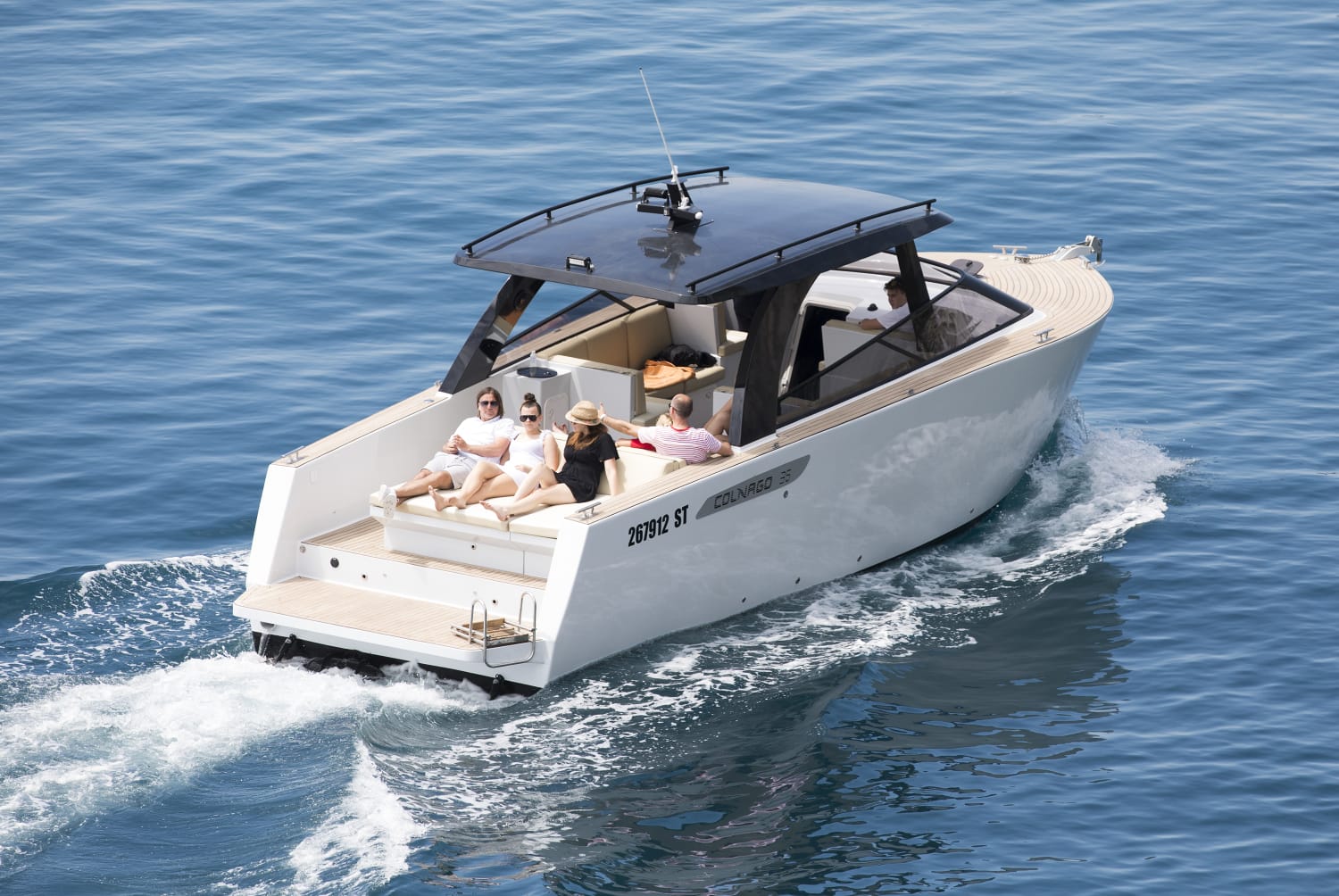